The drive to Amboseli National Park was quiet. One hour from the buzzing city center and we were already on a scenic road. The mountainous landscape of Ukambani area makes you want turn on some country music or soft rock, my old soul craved country music. Everybody in the van drown to nature, silent but yet in communication with the surrounding beauty internally. I yarned to see Amboseli again.

The numerous fruit venders at Emali got my heart throbbing with anxiety, we were close now. I hardly notice the junction to the rough road; my mind was away; taking me back to my first trip to Amboseli. I remembered when we stopped to buy some fruits, a nice lady had told me they got the fruits from Tanzania. Emali is the Kenya Tanzania Border, and it is easier for the locals to get their fruits from the leeward side of Mount Kilimanjaro in Tanzania.

I was brought back to reality by the bumpy road. The deep galleys and the Maasai Manyattas just confirmed that we were in Amboseli. At the road side I spotted a young Maasai boy who I guest could be 6years – 8years looking after a large heard of goats and cattle, a lather container tied around his waists. Lunch, drinking water or milk perhaps, I thought to myself. Carefully packed by his mother before he left the Manyatta (Maasai traditional huts), I concluded thinking about the many literature I read about the Maasai community when in primary school.

The Maasai have survived on their herds of cattle, sheep and goats for hundreds of years in the savannas and thrived by tracking wildlife on their seasonal migrations. By selecting hardy animals and using husbandry practices suited to the arid lands, the Maasai have sustained Amboseli’s grasslands, coexisted with wildlife and survived the severest of droughts.

At Iremito gate was a colorful display of Maasai ladies and gentlemen trying to adjust to the modern word of the Kenyan shilling. Schools are here now and fees has to be paid. They do so through the only art they have mastered traditionally which is selling their iconic traditional beaded accessories. They Surrounded our van and kept selling, the van came alive as everybody tried to grab a souvenir. I noticed something else, metal work, unique, precious and some curved into weapons. Its only natural for a pastoral community living alongside dreaded predators to acquire the blacksmith skills. 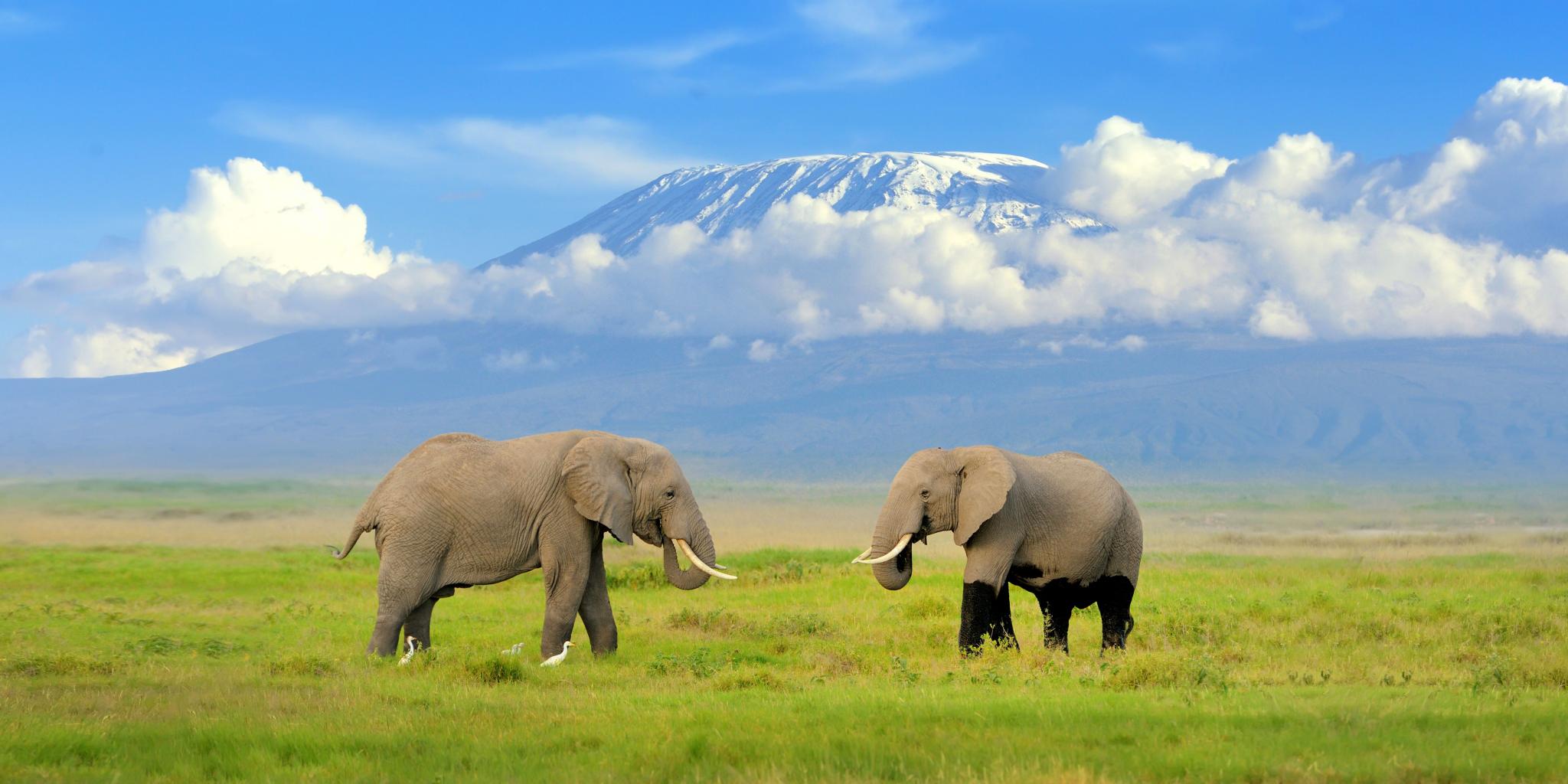 Its November 2017 just a month after snow more than usual was experience at the peak of Mt. Kilimanjaro. The vast endless plain hold array of vegetation. From scattered woodlands, to arid bushes, to wind swept barren flat flakes, to swampy alpine meadows and glaciers too. This dramatically but quiet plains provide a majestic playing and feeding fields for so many wild animals. My first glimpse at the surrounding catches the dancing Maasai Ostrich 4 males and 1 female. A heard of Zebras just ahead and a spotted hyena walking by minding his own business. Strange I thought; considering the old narratives told by my grandmother portrayed hyenas as gluttonous animals; I could not just place why it was not hunting the Zebras. Probably they are waiting for a Lion to make a kill before they take it away like I see in the animal documentaries. I once saw such an action in the Mara but it was between the wild dogs and the hyenas.

Our overnight Lodge was an oasis, green and cool. The alley leading to the reception is a trail aligned with doum palms and bamboo trees. The other side of the reception lies magnificent Kilimanjaro site. The 5895M tall volcanic mountain separates Kenya from Tanzania and provides a majestic view that disappears into the clouds. A gift from Mother Nature. 2 hours later we depart again, on route for another surprise from Mother Nature. 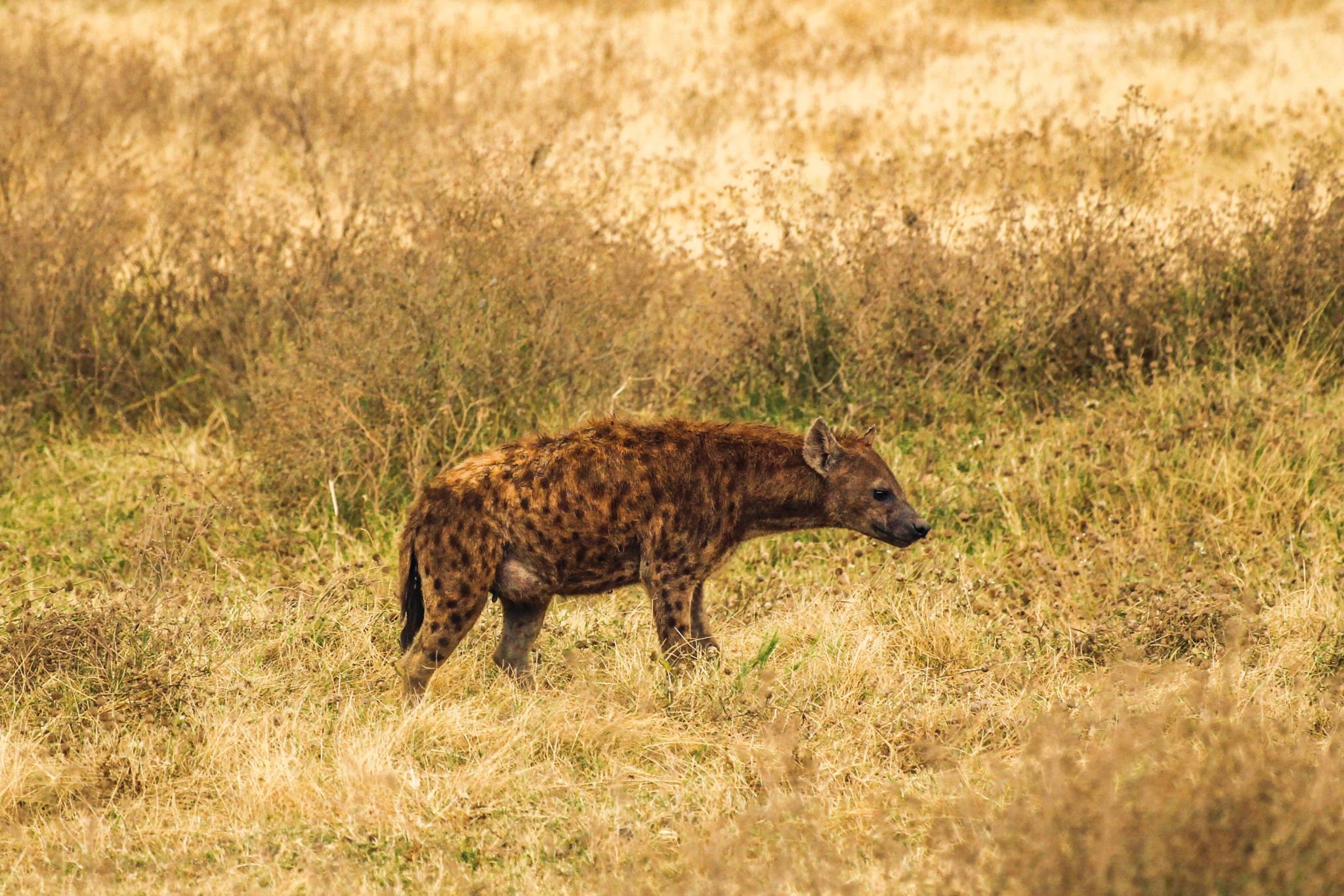 The evening game drive gave us an insight to the resident wild animals. Elephant, buffalo, zebra, wildebeest, hartebeest and gazelle migrate with the rains in search of green flushes and draw back to permanent swamps in search of water and pasture each dry season. Where there is water and grass for grassers there are many predators as well, including lion, leopard, cheetah and hyena. The dry bush country harbors giraffe, eland, gerenuk, lesser kudu and a host of smaller animals. Add a rich variety of birds.

Sun-downer at the Observation Hill 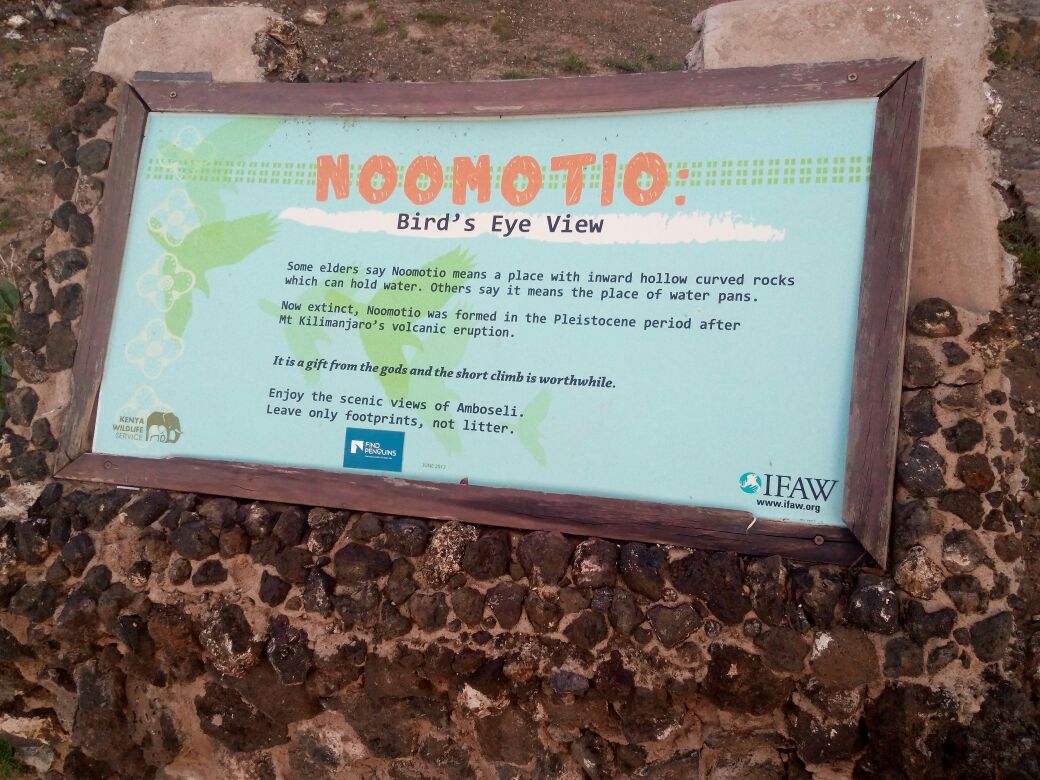 The game drive came to a halt at the Noomotio Observation Hill. This is actually the only place one can walk in the park, unless its a guided nature walk with the Maasai. It’s a pyramid shaped hill brought about by volcanic action. From the hill you can view the swamps in the plain below and Mt. Kilimanjaro. At sunset you might also view numerous wildlife with the aid of a binoculars. We had a 45min open bar and were entertained by the Maasai traditional songs and dances. The view of the golden sunset from this point is special and priceless. 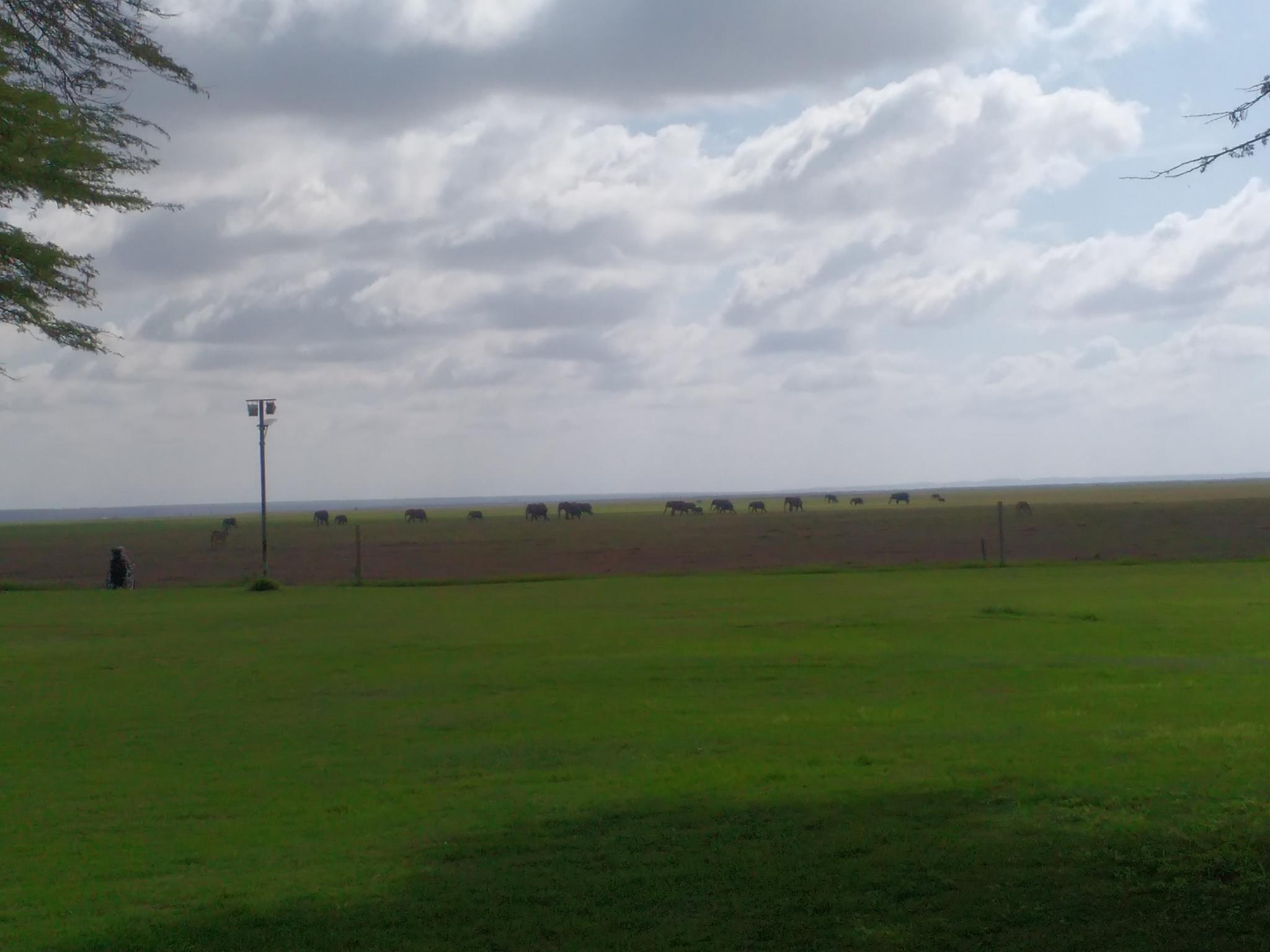 My hotel room was on the Elephant view side, from the veranda you could see Mt. Kilimanjaro and herds of elephant families every morning at 0900hrs walking to a swamp directly in front of the room. This was a very unique experience that I got to experience every single morning of my stay at Amboseli. There is a morning I was up early by 05500hrs and Mt. Kilimanjaro’s view was clearer than ever.

I left with very many memories and my soul was rejuvenated. A feeling I definitely want to have again and again every moment I get the chance to.