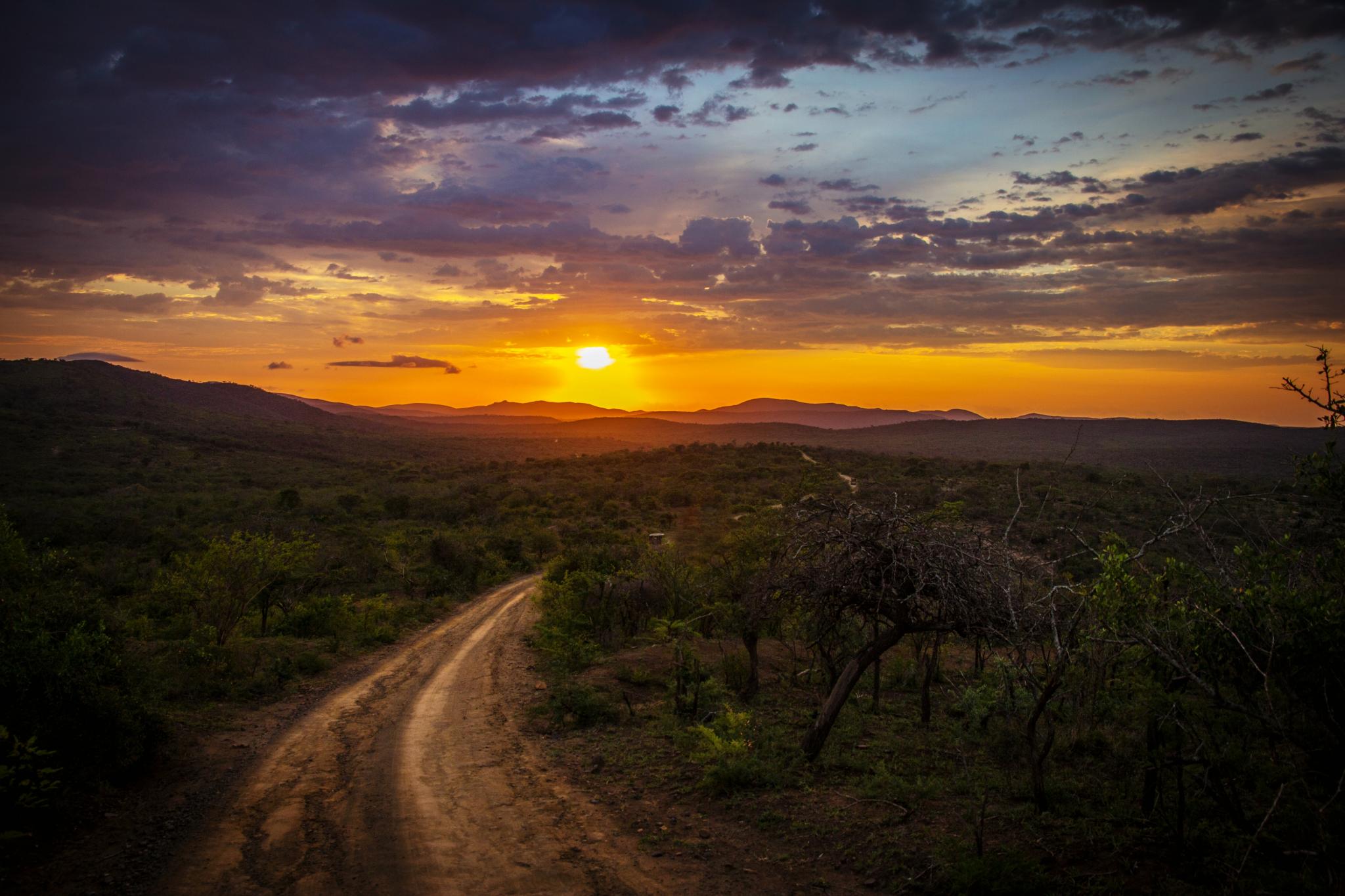 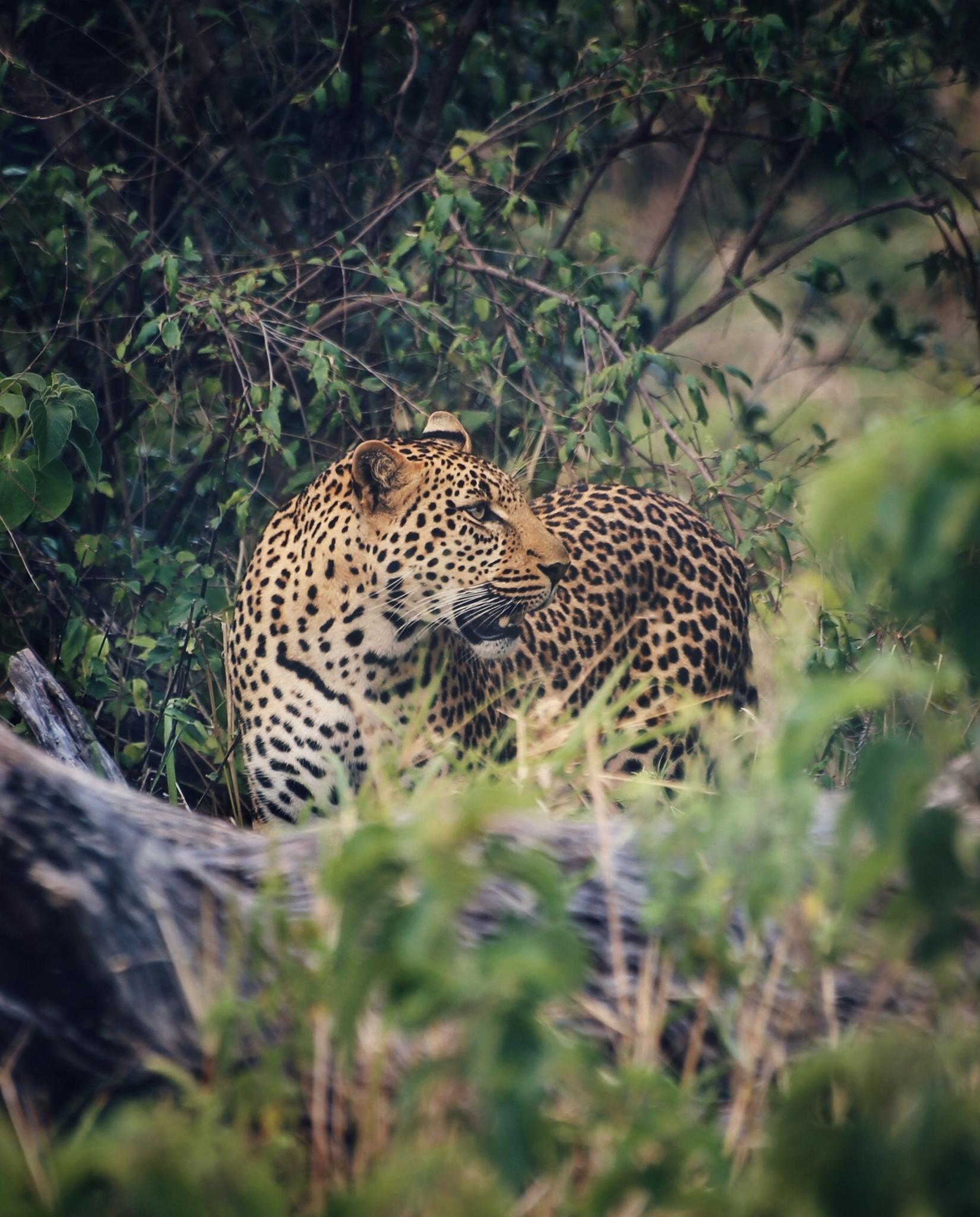 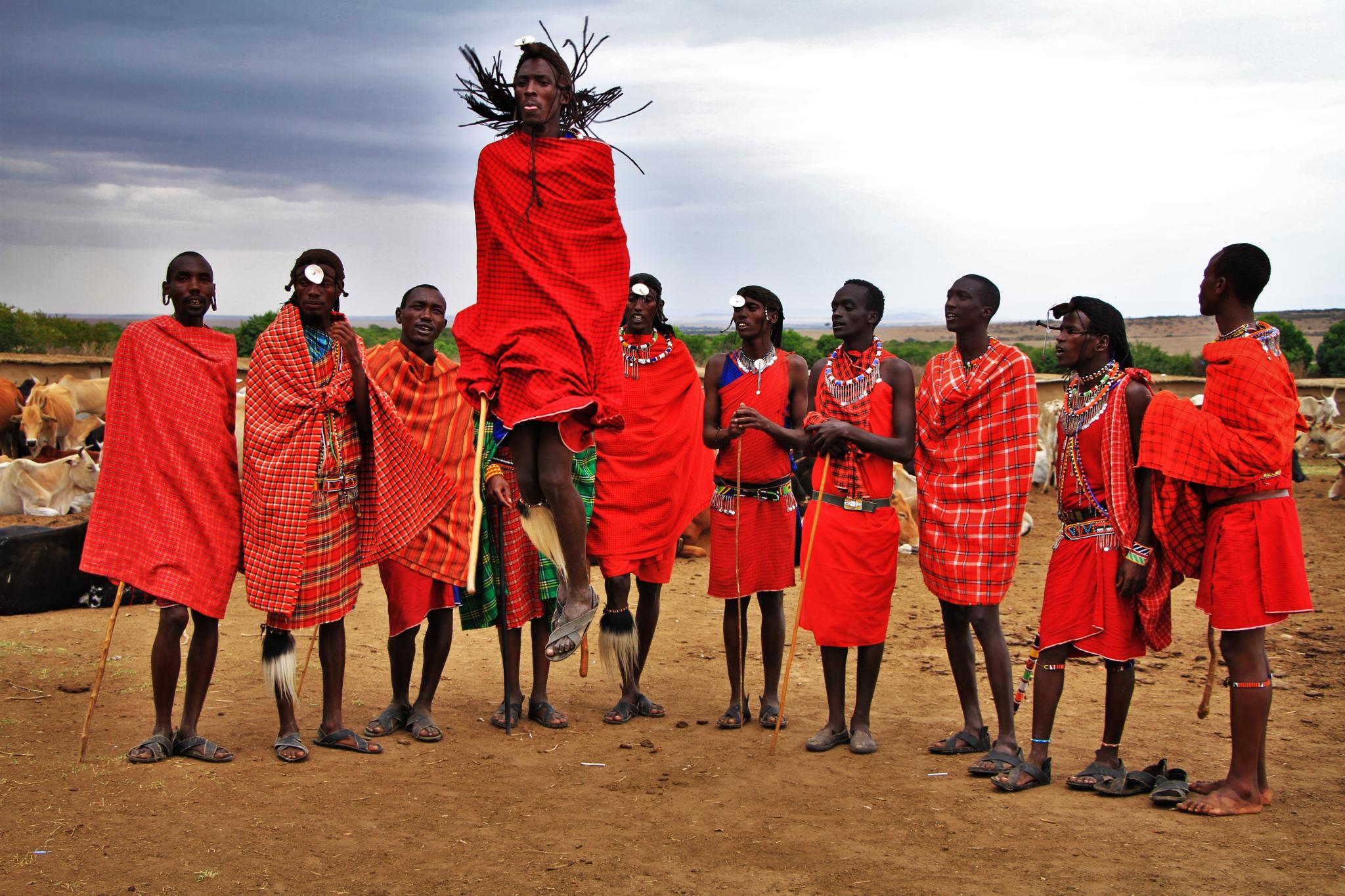 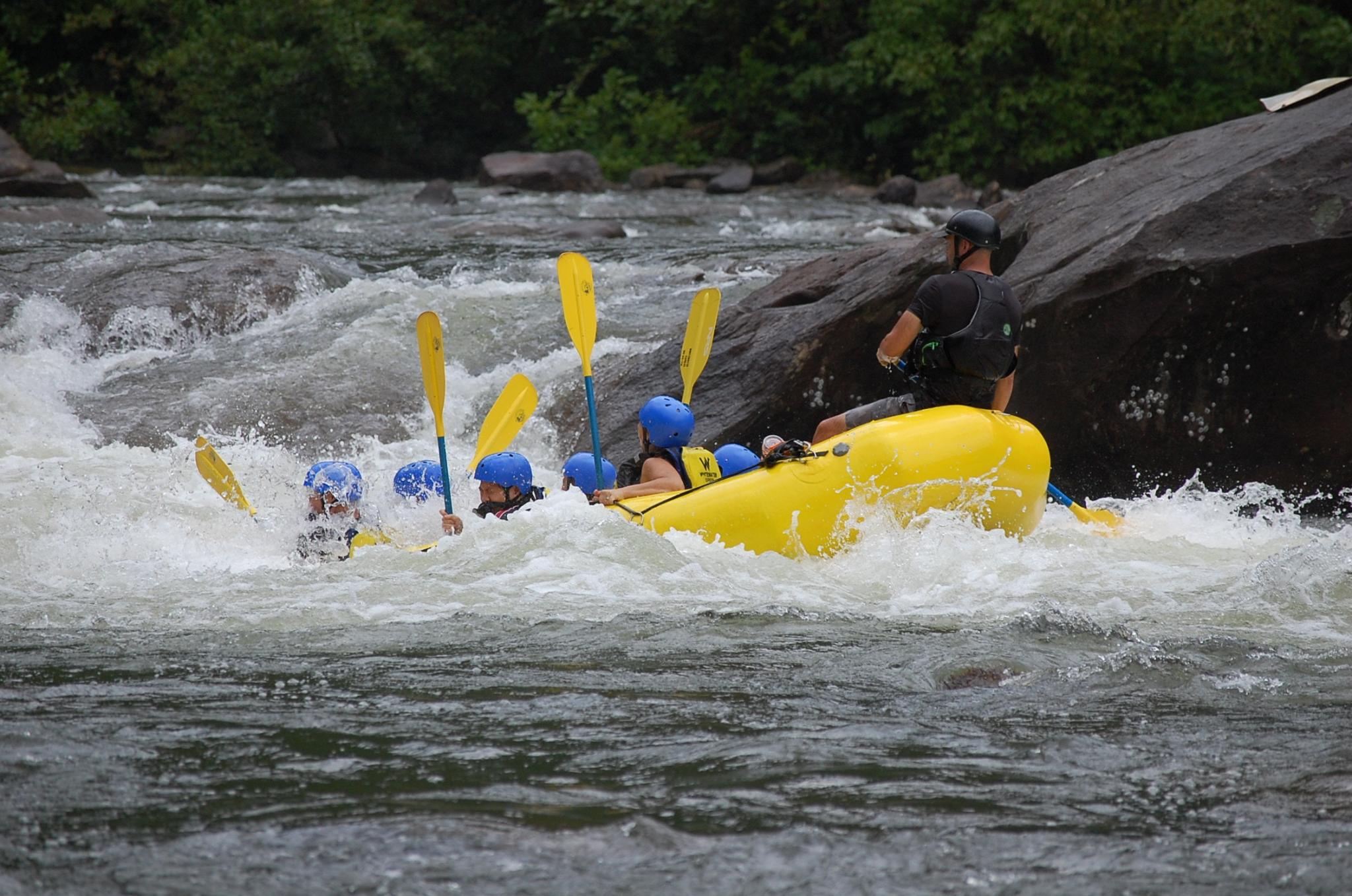 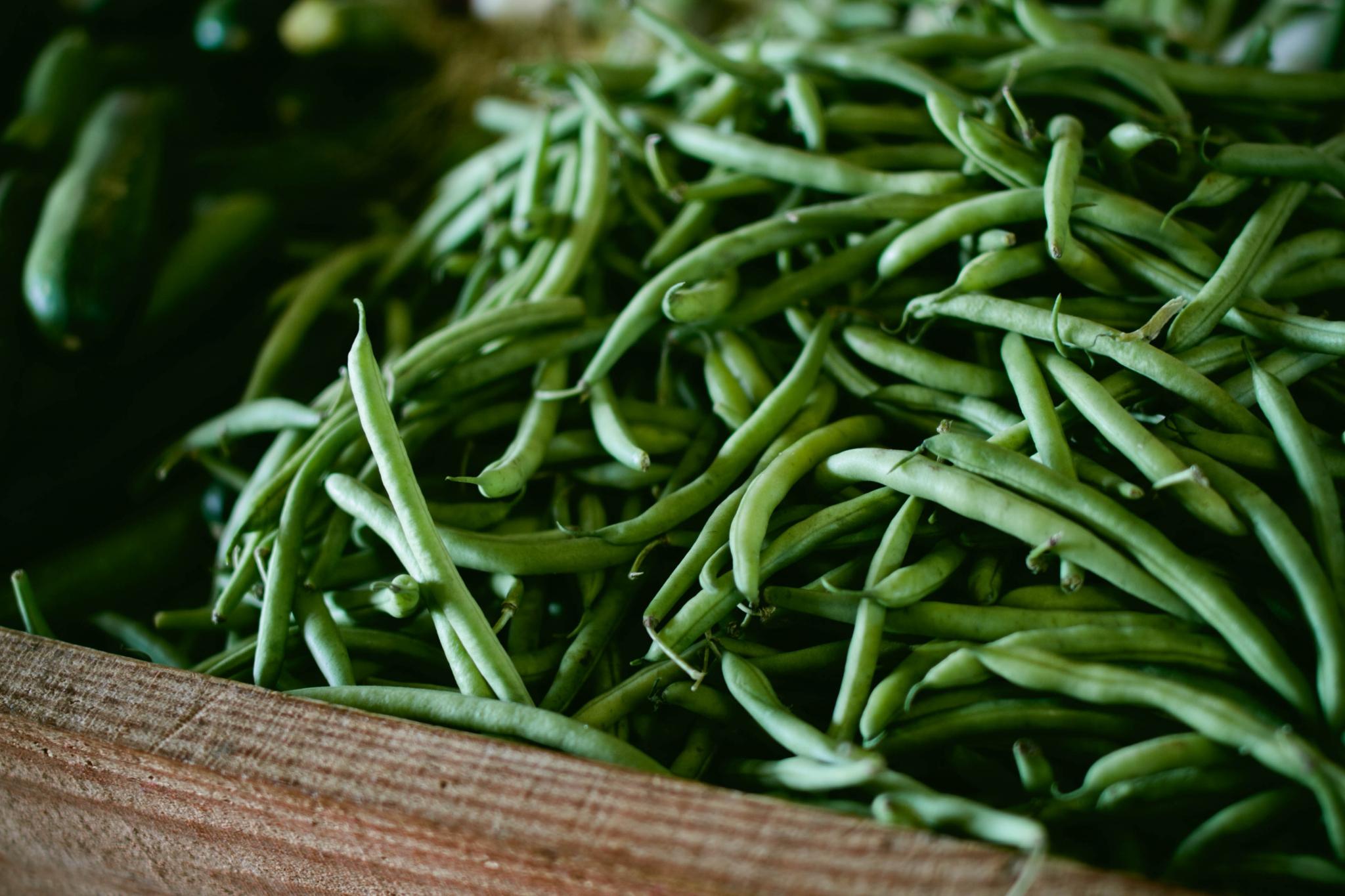 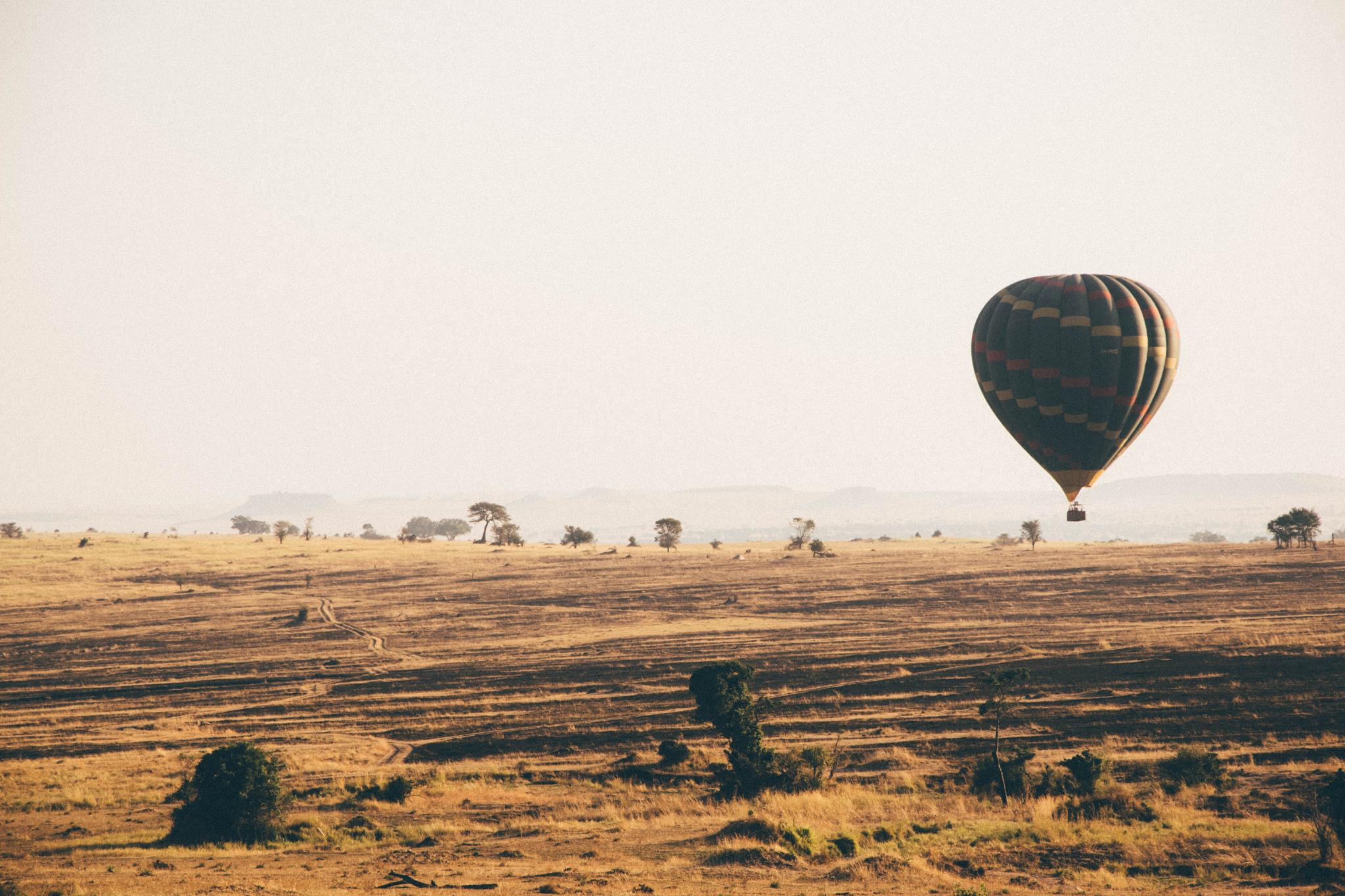 Kisima safaris, offers you Kenya tours & safaris with unique wildlife holiday experiences. The different varieties in the offering, gives you a reason to do a long Kenya safaris as well as return back for more.

From Wildlife Safaris to Family holiday safaris, Honeymooners Safaris and the options are endless. We have not forgotten those who want to experience Kenya, the active way & for this we have Active Kenya Safari packages.

We will take you for hiking or climbing Mount Kenya, Mount Longonot, The Aberdares , Ngong Hills & many more that we have here in Kenya. Activities like Water Rafting in Sagana, Balloon safaris in Masai Mara will leave you asking for more.

Affordable Kenya tours & safaris, explore Tanzania and Uganda. For all of us at Kisima, Africa is our background. We know it too well. With gifts of nature bestowed in abundance, this region remains the first choice for visitors. From the high standing snow capped mountains, to the savannahs teeming with some of the largest wildlife concentrations. The sand palm-fringed beaches beside the clear blue waters to the ever generous and smiling faces of people of Africa. Africa is a feast for the eyes & the magic of this enchanting land never ceases to amaze.

We specialize in tailor making your tour. This ensures you get the perfect safari itinerary for you tastes and budget.

At Kisima, we give you the best possible experience & adventure by hiking Africa’s second highest peak at Mount Kenya. We can also arrange trips from Nairobi to Tanzania to climb the legendary Mt Kilimanjaro. 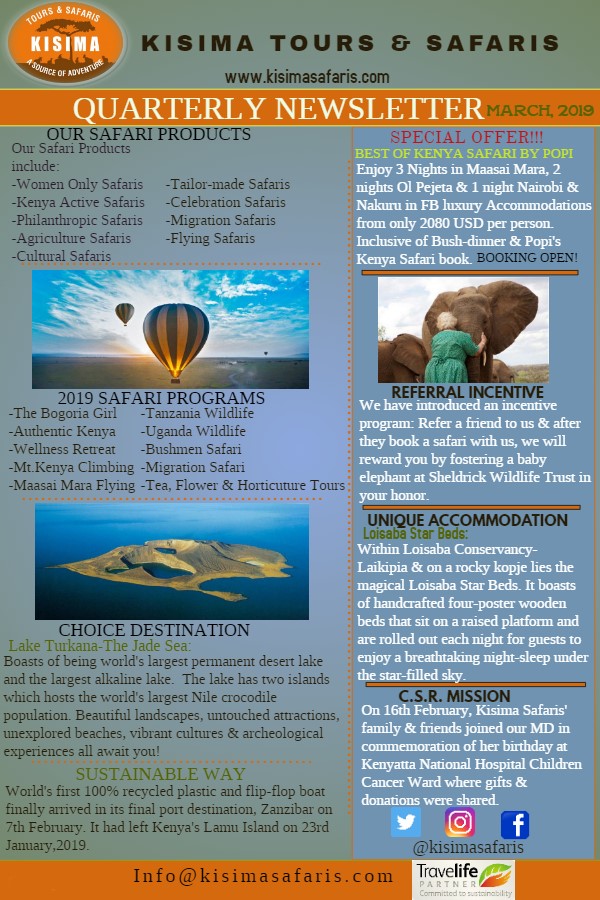 March 2018 has been a dark month for the Northern White Rhino specie, Kenya, conservationists all over the world and even worse for our clients who had booked safari with us and were looking forward to seeing the most eligible bachelor during their visit. Sudan, the last surviving Northern White Rhino succumbed to old age-related complications that led to degenerative changes in muscles and bones combined with extensive skin wounds. Report says that his condition worsened within 24 hours, he couldn't stand and was suffering a great deal. The veterinary team from the Dvůr Králové Zoo, Ol Pejeta and Kenya Wildlife Service made the decision to euthanize him. He died on the 19th of March at Ol Pejeta conservancy at the age of 45 years. He lives behind 2 female Northern White Rhinos in the entire Planet; his daughter Najin and her daughter Fatu, who remains at Ol pejeta Conservancy. Sudan has been with us in Kenya since 2009. He was brought from Dvůr Králové Zoo in Czech Republic together with one other male (died in 2014) and two other females. How we got here is a story for another day. It however has a lot to do with the demand for Rhino horns in Chinese traditional medicine in Asia, and for dagger handle in Yemen (that’s just…...) in the early 90s. 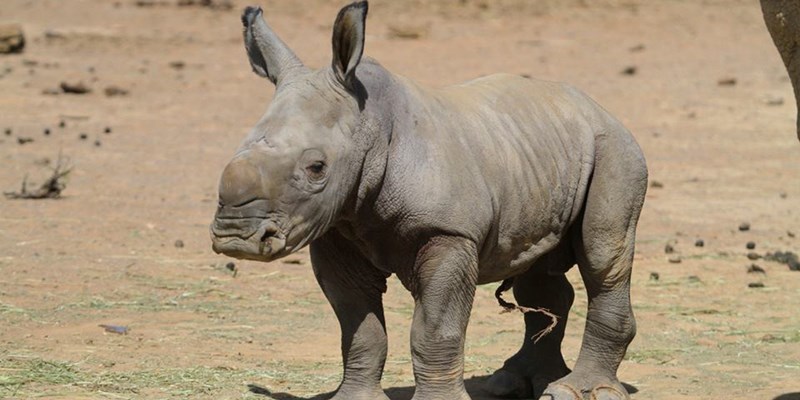 Newborn White Rhino brings hope to endangered species[/caption] Well they say when one dies seven others are born; not so much for rhinos but the universe has made part of the former true. While the Northern White Specie are at the brim of extinction, another white rhino calve was received at Klein Karoo region in the Western Cape on 25th March. Exactly one week after Sudan’s demise. Our fingers are crossed hoping it is a male, as we now know the weight held by the male species. However this does not save the Northern White Rhino from extinction as previous attempts to get the White Rhino and The Northern White Rhino to mate has failed terribly. Either way, the birth of this cute one still brings hope to this globally endangered species.

The great rift valley begins in the dead sea in the north and ends at the Zambezi River in Mozambique to the south. The valley which was formed by drifting of the earth crust some 10 – 20 million of years ago extends approximately 8700kms. The Kenya Rift Valley nearly divide Kenya down its length. All the way from Ethiopian border in the north to the Tanzania border in the south. The valley is characterized by uninhabitable deserts in the North, Fertile farmland in the middle of flat arid plains (Savannah grassland – Maasai Mara) to the south. [caption id="attachment_2566" align="alignnone" width="960"] 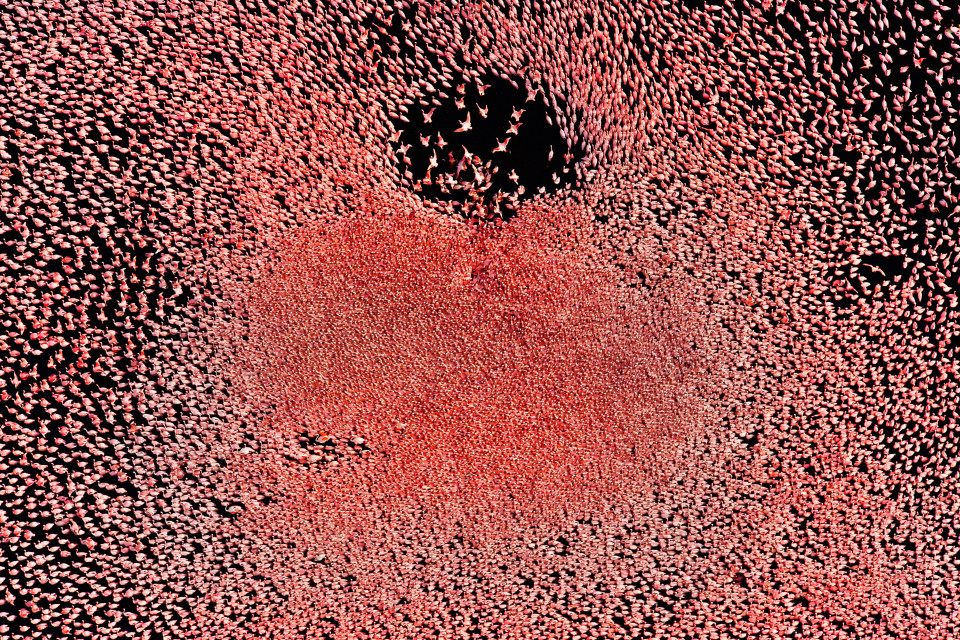 Since 2011, all Kenya Rift Valley Lakes have experienced rising in water levels. The lakes affected include Lake Naivasha, Elementaita, Nakuru, Bogoria and finally Baringo. This increase in water level have not been experienced in the last 50 years. The government agencies and meteorological departments confirms that the rainfall pattern in the Rift Valley have been pretty normal. Scientists have attributed these rises of water to the effect of regional tectonic movements. Techtronic activities is when violent forces push up molten rocks in volcanic eruption through the fault lines. [caption id="attachment_2568" align="alignnone" width="1600"] 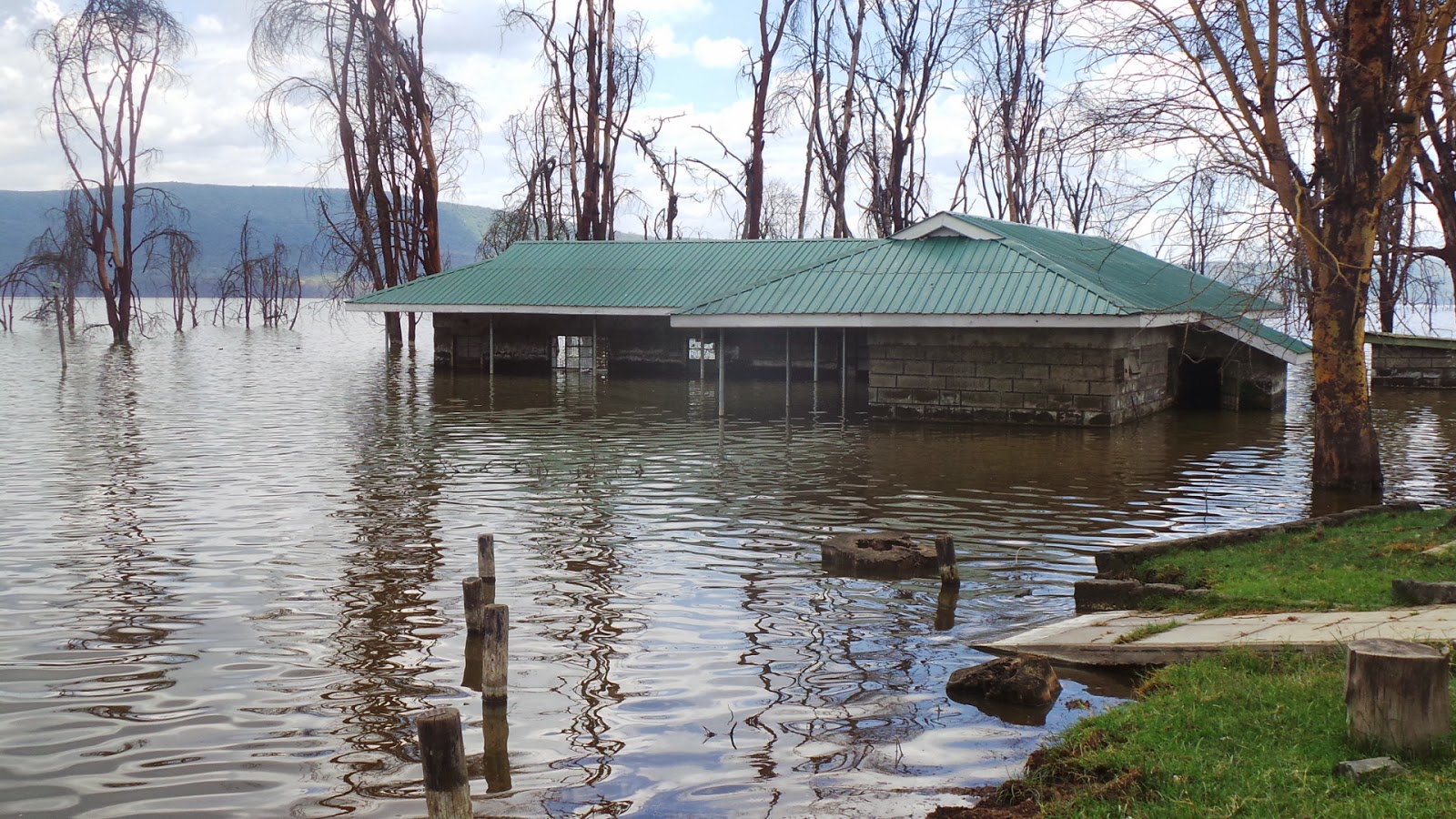 Increased water levels at Lake Nakuru[/caption] In our case, the Rift Valley is responding to the pull of the Indian Ocean forces. As a result, these effects have coursed some activities along some of the lakes to stop. The rising water level have consumed some areas meant for agriculture, buildings and hotels and recreational grounds. The hot geysers at Lake Bogoria have also been affected as they have been completely covered. The good news though is that the lakes might not rise higher than the current levels. So, no course for worry! `

The safari itself was superb. Our driver guide, a lovely young man, was very friendly, polite and exceptionally knowledgeable with regard all the animals and birds. We had the holiday of a lifetime and we would definitely have no hesitation to book another safari with KISIMA SAFARIS. ~ Sandra Seary - Lytham St Annes, UK
Kisima prepared a well organised safari tour program for my one-week visit in Kenya. They provided me a very good driver-guide who also looked after me well as I was then having a very bad cough at the time of my visit. They saw to it that I made the most of my visit tour in site of my condition. ~ Fedi… Netherlands
Every day a busy, exciting, wonderful, amazing experience with Henry, our guide/driver. This was my 5th trip with KISIMA and each trip has just been amazing. With each trip while taking us back to favourite areas they also at the same time come up with some surprising new experiences. Elephant... ~ Anne H. GB

We assure your financial security when booking and your own personal safety when on safari. This is our highest priority!

Our affiliation with KATO ( Kenya Association of Tour Operators ) , affords us access to numerous reputable and high caliber resources that provide a collective wealth of competitive travel options